The Executive Board is the political leadership of the Norwegian Women’s Lobby. Its members are elected by NWL’s ten member organisations. 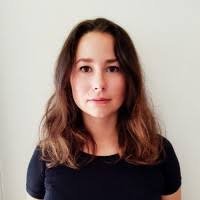 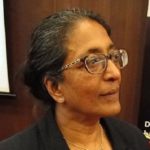 Rachel Eapen Paul is Policy Director for Gender-Based Violence with the Equality and Anti-Discrimination Ombud and a member of the Council of Europe’s Group of Experts on Action against Violence against Women and Domestic Violence (GREVIO). Her work focuses on immigrant women, human trafficking, forced marriages and violence against women. She has led several aid programs aimed at women and girls in the Middle East funded by the Norwegian government, and was Program Manager for the Norwegian Church Aid’s Capacity Building, Democracy and Human Rights program for Iraq. She is a board member of Legal Aid for Women (JURK) and Oslo Women’s Shelter, and was a member of the government-appointed Commission on Violence against Women (Kvinnevoldsutvalget). She has a master’s degree in philosophy from the University of Madras (India) and a cand.polit. degree in criminology from the University of Oslo.

Gudrun Eliissá E. Lindi is a board member of the Sámi Women’s Network.

Helle Borgen is a board member of the Women’s Front of Norway.