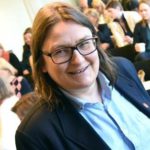 Ragnhild Hennum is Professor of Public Law and the Dean of the Faculty of Law at the University of Oslo, a former Pro-Rector (Vice President) of the university and a former Director of the Norwegian Centre for Human Rights. She was President of the Norwegian Women’s Lobby from 2017 to 2019.

Her research fields are criminal law, criminal procedure and sociology of law, and she is an expert inter alia on child sexual abuse, sexual violence in general and forced marriage. Hennum chaired the government-appointed Commission on Compensation for Victims of Violence (Voldsoffererstatningsutvalget) and was a member of the Commission on Rape (Voldtektsutvalget) and the Commission on the Use of Juries in Criminal Proceedings (Juryutvalget). Hennum is chair of the board of Oslo Women’s Shelter and deputy board member of Lovdata.